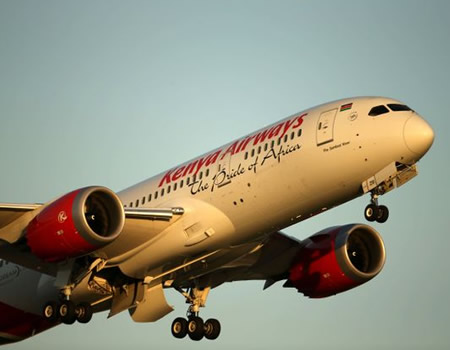 Kenya Airways chief executive Allan Kilavuka said the airline industry in Africa needs a period of consolidation if the continent is to overcome its connectivity issues.

Speaking at the CAPA Leader Summit in Manchester, England, Kilavuka said the fragmented nature of the sector was due to protectionist measures, pointing out that it was stifling economic growth in the region.

This came as Kenya Airways is currently deepening its ties with South African Airways (SAA), while seeking to add a new partner in West Africa.

The partnership between the East African carrier and its Southern African counterpart aims to leverage their respective hubs in Nairobi and Johannesburg.

The airlines are also hoping to strike a deal with a West African carrier to create a three-hub strategy, allowing them to offer a more comprehensive route network.

According to Kilavuka: “The continent is very fragmented from an airline point of view. We have so many airlines and my personal opinion is that we need consolidation. So that’s what we’re working on. We have entered into discussions with all major airlines in Africa, especially our neighbours.

Kenya Airways and SAA announced their planned partnership in September 2021 and finalized the deal in November 2021.

N CASE YOU MISSED THESE FROM NIGERIAN TRIBUNE

“The idea is to see how you can use the assets of each airline to increase productivity and have a two or three hub strategy that will encourage this great continent to connect with each other. This will increase options for our customers and reduce operating costs,” said Kilavuka.

While insisting that the future of aviation in Africa lies in consolidation, Kilavuka added that better connectivity across the continent would act as a catalyst for economic growth.

Industry and airline leaders had agreed that airline partnerships and mutual cooperation were prerequisites for emerging from the pandemic crisis with a stronger and better connected African market that competes internationally.

The African sector responded with increased urgency to increase infrastructure and staff training, which included expanding the continent’s regional connectivity by adapting and upgrading its fleets to allow passengers wider access to more destinations. via regional airports.