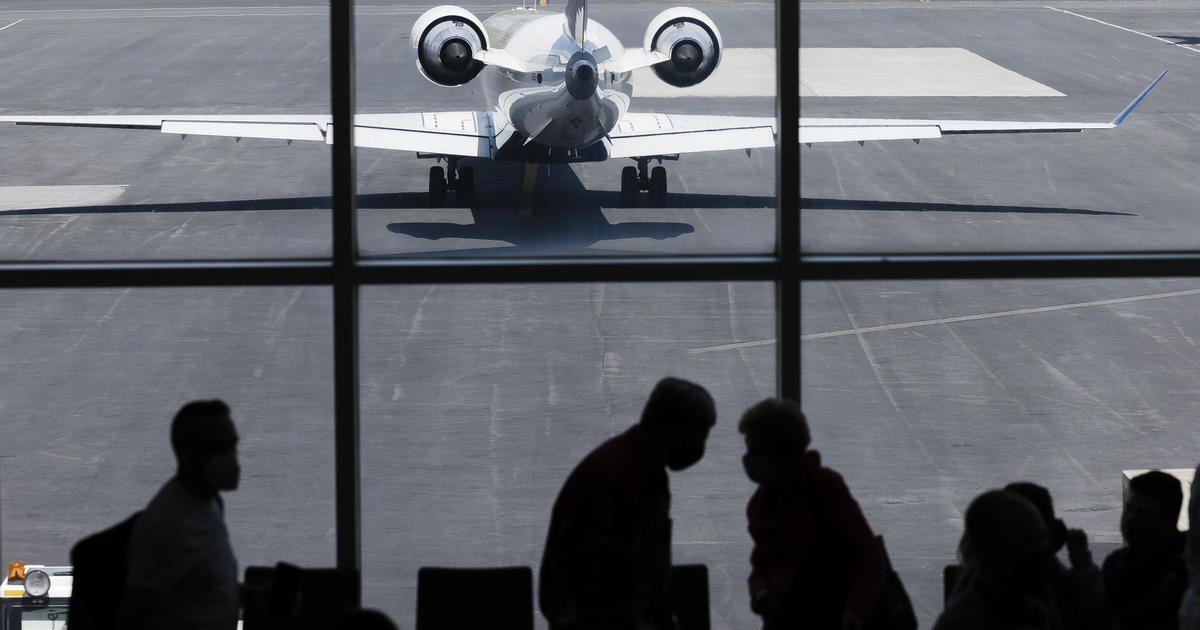 Unruly passengers aren’t just a problem in the air – they’re a problem on the ground at airports, where gate agents have experienced what Sara Nelson, president of the Flight Attendants Association, called a ” unprecedented increase in assaults on violent passengers”. .”

“Our members have reported being repeatedly punched in the face, kicked, slammed against doors and counters, and even spat at by passengers,” Nelson said in his opening remarks Wednesday before the Senate Committee. of commerce, science and transportation, according to a transcript of prepared testimony shared with CBS News.

Nelson, whose union represents more than 20,000 attendants working for American Airlines and its subsidiaries, appeared along with other industry leaders at the hearing.

Nelson did not deliver the remarks during the hearing, which focused on federal aid to airlines and recent disruptions to operations.

2021 has so far seen more than 5,500 incidents of unruly passengers behavior, including nearly 4,000 mask-related incidents, according to the Federal Aviation Administration.

Airline professionals now spend a lot of time enforcing mask-wearing, American Airlines CEO Doug Parker said in his opening statement, according to a copy of his prepared testimony.

“It’s hard work because we’re seeing customer emotions soar, and the industry has seen a troubling series of disruptions and passenger assaults on planes and at airports,” Parker said. “Not all of these incidents are mask-related, and the overwhelming majority of our flights go smoothly, but the general level of disrespect, anger and impatience our team has had to deal with over the past few months is simply inexcusable.”

While the FAA has opened an investigation into more than 1,000 of these incidents, it has so far only initiated enforcement in 292 cases – and it can only seek civil penalties. CBS News learned in November that the The FAA had submitted only 37 incidents to the FBI for criminal examination.

Nelson said the FAA figures only included incidents involving flight crews, not at the airport. No passenger involved in an incident with a ground crew member, she said, has been prosecuted under federal law.

“When incidents occur at the gates, local law enforcement officers are slow to respond, do not properly document the incident by taking witness statements, and often do not detain the offending passenger,” she said, according to prepared remarks.

The FAA and the Department of Justice announced last month that they were developing a way to more effectively pursue legal action in the most egregious cases. Nelson said Wednesday that she would like an interagency task force to look at how federal and local agencies should report, process, refer and prosecute assaults that occur at airports.

FAA Administrator Steve Dickson said in September that while incidents decreased, they were still “two to three times above what we should be”.