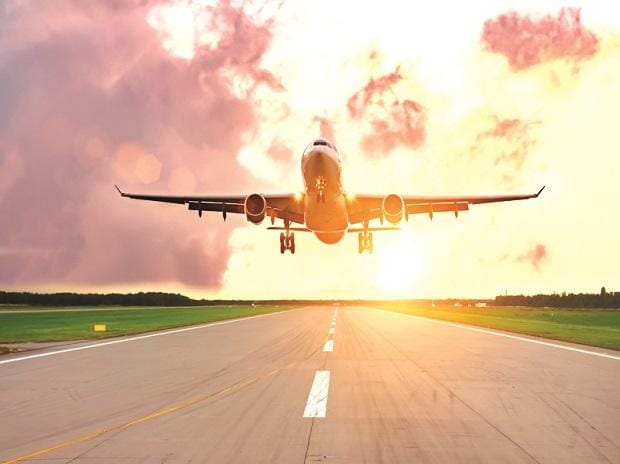 
The airline industry will return to profit next year as pent-up travel demand supports bookings even as the global economy tightens, the International Air Transport Association trade group has predicted.

Losses this year are expected to reach $9.7 billion as air travel begins its recovery from the coronavirus crisis, IATA said Monday in an update at its annual meeting in Doha, a improvement from the $11.6 billion deficit forecast at the previous meeting last October.

“Industry-wide profit should be on the horizon in 2023,” IATA Director General Willie Walsh told the gathering of airline chiefs. “We are bouncing back. By next year, most markets are expected to see traffic reach or exceed pre-pandemic levels.

While most carriers are enjoying bumper sales as customers return after Covid restrictions are lifted, take leisure trips and catch up with friends and family, there are doubts as to how long the surge will last, as high fuel prices are pushing airlines to raise fares and inflation. pressures are weighing on household spending.

Walsh said that while there “is no way to sweeten the bitter economic and political realities”, at the same time “the desire to travel and the need to move goods are both strong”.

The return to profits is already underway in North America, where airlines are now expected to post a collective net income of $8.8 billion this year. While all other regions will still register losses, global passenger numbers are expected to reach 83% of pre-pandemic levels.

The industry has become “leaner, tougher and more nimble,” having defied predictions of widespread bankruptcies and failures, Walsh said. The situation has been helped by the industry having its best run of profits before the pandemic, although fixing balance sheets carrying $650 billion in debt remains a “monumental challenge”, he said. .

Walsh, a former chief executive of British Airways’ parent company IAG SA, told Bloomberg Television on Sunday that past experience suggests the impact of an economic downturn won’t be that significant, pointing to the global financial collapse of 2008, after which the number of passengers remained stable. in 2009 and experienced strong growth in 2010.

He also said he did not expect the staff shortages that have disrupted flights to be a major problem as travel peaks in the coming months, with carriers taking steps to limit capacity if necessary. . Passengers “can book with confidence”, he said, knowing the issues are “isolated and will be resolved”.

Speaking at a press briefing on Monday, Walsh said aviation suffered from the same employment problems as other sectors, but the impact was more acute as people generally cannot work at residence. There will be a disconnect between supply and demand through the end of this year and into the first quarter, he said.

Qatar Airways chief executive Akbar Al-Baker, who is organizing the IATA meeting, told a briefing that his airline is due to hire 7,000 people this year across all functions, but sees no shortage of staff. obvious labor.

Emirates Chairman Tim Clark told Bloomberg TV that while some airlines are ready for the rebound, others have taken a more pessimistic view and do not expect demand to fully recover until 2025. , which lacks capacity and resources.

Clark agreed that a pent-up desire to travel will help sustain bookings during a downturn and said Emirates remains on track to return to profitability by the end of its current financial year. Having delayed his retirement when the pandemic hit, he said he would stay until a profit was made and the balance sheet was repaired.

Customers can expect to see higher rates due to soaring fuel prices, especially outside the United States, where a lack of coverage led to an immediate hike, Walsh warned, while suggesting that the impact could be “marginal” without a massive impact on demand. . On the positive side, rising jet fuel prices could encourage a switch to sustainable aviation fuel, as the price gap between the two is now much narrower, he said.

Walsh said in the interview that he sees the war in Ukraine remaining a long-term challenge for airlines, although the impact on most carriers has been “pretty limited” with the exception of one. handful like Finnair Oyj, whose eastbound network has been largely wiped out. by the conflict.

IATA also said the 2021 loss was $42 billion, better than the previously projected $52 billion shortfall and well below the industry’s record loss of $138 billion. in 2020, when Covid-19 blocked flights around the world.