Airline industry urges end to mask requirements as deadline approaches: ‘We need to scrap these mandates’ 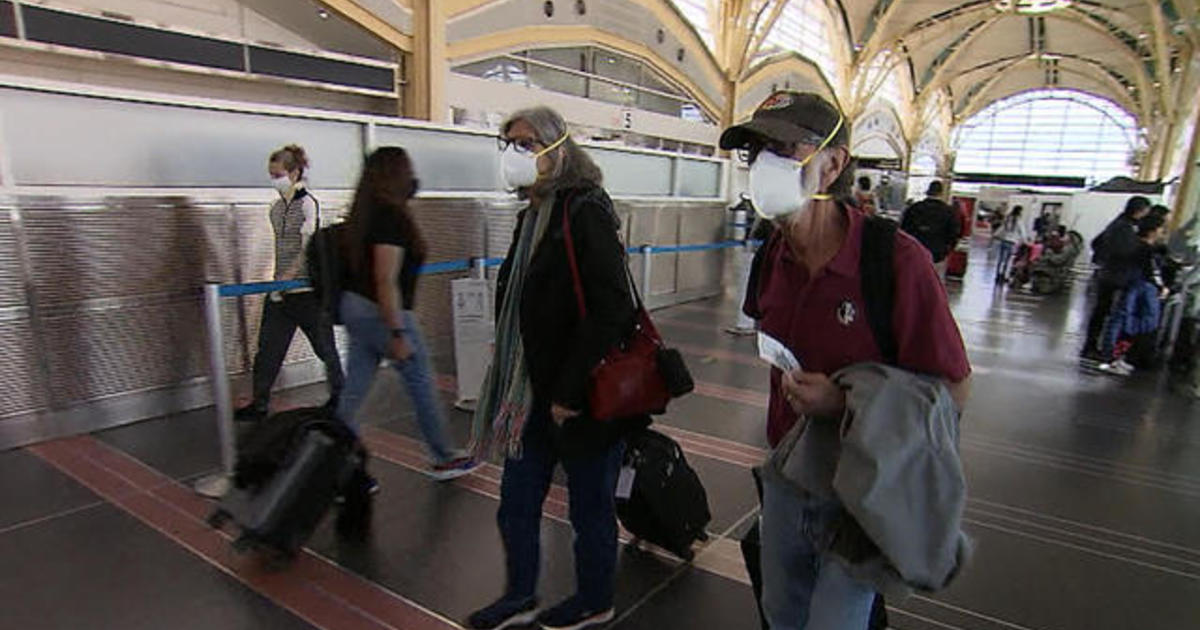 It has been one of the most contentious topics in American aviation during the pandemic – and a trigger for violent passenger attacks.

The current federal requirement to mask on airplanes and other public transportation is due to expire on Monday, April 18, but the Biden administration has yet to decide whether to extend or end the mandate. Although travelers have mixed feelings about a possible extension, the airline industry renews its efforts to get the government to drop the rule.

“We need to scrap these mandates,” said Roger Dow, president of the US Travel Association, who along with three other industry groups cited “economic costs” as one of the reasons for ending travel mask rules. for everyone.

The deadline is approaching as COVID-19[feminine] infections are starting to rise again in parts of the United States, with more than two dozen states reporting an increase in cases over the past week.

Some travelers say it’s time for them to decide whether to mask up or not.

“They should have given people a choice whether or not to wear it from the start,” said John Delgado, a passenger at Reagan National Airport in Washington, DC.

“I don’t care. I would continue to wear mine,” said traveler Ana Veciana-Suarez.

Most Americans seem to favor an extension. A recent survey by the Harris Poll COVID-19 tracker found that six in 10 people support extending the travel mask mandate.

One of the main reasons this has become such a flashpoint is because it’s one of the last strongholds of mask mandates. COVID-19 restrictions have been largely eased across the country following a surge of Omicron cases earlier this year. And even if cities like Philadelphia reinstates indoor mask rules amid a spike in infections in recent days, hospitalizations and deaths have not seen a major increase.

“We have an unpredictable virus with many variants. But we find again and again that these variants are less severe,” Dow told CBS News transportation correspondent Errol Barnett.

In a recent letter to Dr Ashish Jha, the White House’s new coronavirus response coordinator, several airline groups cited guidance from the US Centers for Disease Control and Prevention that “the overwhelming majority of the country no longer needs to wear masks indoors”.

Allie Malis, the government affairs representative for the American Airlines flight attendants union, said health and science data must be “at the heart” of any future decisions.

“We all look forward to the day when masks are no longer needed,” she said. “But until that day, it’s really important that we all cooperate.”

White House press secretary Jen Psaki said Monday that the CDC has yet to determine its next decision.

In the UK, where coronavirus restrictions were dropped last month, several airlines have had to cancel more flights from London than usual, citing staff shortage because of COVID-19.