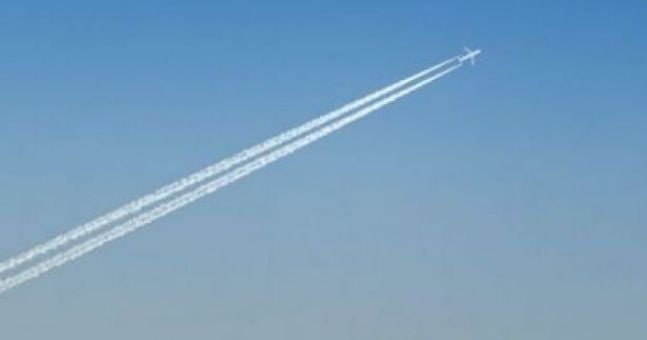 Airline services Aeromexico and United have been affected by cases of COVID-19 among staff members.

More than 70 Grupo Aeromexico pilots have tested positive for COVID-19 in a wave of infections from the Omicron variant of the virus, resulting in 22 canceled flights, said a union representing pilots of the Mexican airline .

Jose Suarez, press secretary for the ASPA Pilots Association, told Milenio TV channel the cases had triggered a “domino effect”, forcing Aeromexico to isolate entire crews to prevent the spread of the virus.

ASPA General Secretary Jose Gual told the same TV station that pilots who tested positive made up 5% of Aeromexico pilots represented by ASPA.

He added that the cancellations represented 5% of Aeromexico’s operations and involved planes bound for the Mexican cities of Guadalajara, Cancun and Monterrey, as well as an international flight.

Among Aeromexico’s flight attendants, 140 had tested positive, according to a statement from the Union Association of Flight Attendants of Mexico (ASSA).

65 other company flight attendants have been suspended for not having valid travel documents, ASSA said.

Absent workers represent 10.3% of the airline’s workforce, the statement added.

“We are seeing a pretty serious wave of infections,” said Gual of ASPA. He attributed the jump to the highly contagious variant of Omicron that has prompted airlines around the world to cancel hundreds of flights during peak winter travel season.

Aeromexico said the new spread of COVID-19 had affected “some flights”, without providing details.

“The safety of our customers and employees is and always will be the top priority,” Aeromexico said in a statement.

The company did not respond to questions about cases of COVID-19 among its pilots and crew, or the exact number of canceled flights.

Mexico is expected to exceed 300,000 deaths as infections rise after the holiday season, fueled by the Omicron variant and largely unlimited tourism to Mexico City and the beach destinations of Cancun and Los Cabos.

United CEO: 4% of US workforce tested positive for COVID-19; No deaths among those vaccinated

Meanwhile, United Airlines said about 4% of its U.S. employees, or roughly 3,000 workers, have tested positive for COVID-19, but the vaccinated employees have not died or recently hospitalized for the virus.

COVID-19 cases and quarantines impact personnel and flight schedules. U.S. airlines have canceled more than 30,000 flights since the end of December due to weather and COVID-19 personnel issues.

United Airlines chief executive Scott Kirby said the airline is “cutting back on our short-term schedules to ensure we have the staff and resources to take care of customers.”

United canceled 149 flights on Tuesday, Jan.11, or 7% of its flights, according to FlightAware.com.

Chicago-based United was the first US carrier to impose vaccines on its employees to facilitate travel and flights.

Kirby said that “Omicron’s surge has put a strain on our operation… Just as an example, in just one day in Newark, nearly a third of our workforce became ill. “.

Kirby said in a note on Tuesday, Jan. 11 that “since our vaccination policy took effect, the hospitalization rate among our employees has been 100 times lower than that of the general population in the United States.”

Before United’s vaccination requirements were put in place, “tragically, more than one United employee on average * per week * was dying from COVID,” Kirby said. “But we have now spent eight consecutive weeks with zero COVID-related deaths among our vaccinated employees. “

United’s past experience and nationwide COVID data suggests that “about 8-10 United employees are alive today due to our vaccine needs,” Kirby said.

“We did this for safety,” Kirby said during a hearing in the US Senate. “We don’t compromise on safety.”

Kirby said last month that around 200 employees were not complying with United’s mandate and had been made redundant out of its 67,000 employees.

Rival American Airlines said Friday, January 7, that more than 96% of its employees have submitted proof of COVID-19 vaccination or an accommodation request.

Delta Air Lines last month called on the Centers for Disease Control and Prevention to relax quarantine guidelines for fully vaccinated people suffering from breakthrough COVID-19 infections, warning that long quarantines could “have a significant impact on our workforce and operations “. Other airlines have followed Delta’s request.

Last month, the CDC agreed to shorten the recommended isolation time to five days from the previous 10-day directive.