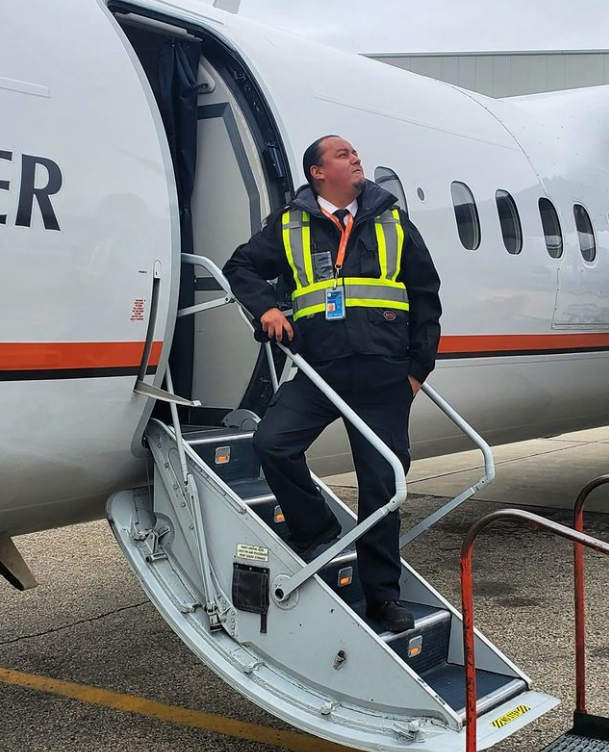 The program is named after a Perimeter Aviation pilot from St. Theresa’s Point, who will also be one of its flight instructors.

The company that owns Calm Air and Perimeter Aviation will provide pilot training in Thompson as part of a program to increase the number of native commercial pilots.

Exchange Income Corporation announced the program on April 14 and said those who participate and receive their commercial pilot license will be offered jobs with the airline it owns.

“We have a long-standing, supportive relationship with the Indigenous communities we serve,” said EIC CEO Mike Pyle. “Last year, as part of an initiative with the Winnipeg Blue Bombers and the Assembly of Manitoba Chiefs, we expanded that support even further by inviting over 1,000 members of Indigenous communities to participate in a Blue Bombers to honor the National Day of Truth and Reconciliation and bring awareness to the Every Child Matters initiative. At that time we said that reconciliation should be an ongoing process and we are putting those words into action with the creation of the Path. This creates opportunities for Indigenous youth to grow and thrive, both for themselves and their wider communities, and sets them up for long-term success.

The Atik Mason Indigenous Pilot Pathway program is offered with the support and guidance of Manitoba Keewatinowi Oikimakanak, who represent 26 First Nations in northern Manitoba.

“The Atik Mason Aboriginal Pilot Trail will open doors for our people,” said MKO Grand Chief Garrison Settee. “MKO is thrilled to have the opportunity to work closely with EIC to contribute to the success of this program and empower a younger generation of Canadian pilots who represent the communities they serve. We are proud to support EIC in this initiative because it is programs like Pathway that spark discussion, raise awareness of Every Child Matters and help with the healing that is needed.

The program is named after Timothy Atik (Tik) Mason of St. Theresa’s Point, who decided at age 35 to pursue his dream of becoming a pilot, a journey that was greatly facilitated by winning the first Bill Wehrle scholarship from the IEC. After attending flight school in Moncton, New Brunswick, and then becoming a flight instructor there, he took a job with Perimeter Aviation, which led to him flying in his home community for the first time in a Dash 8 last October as the first native pilot. from one of the First Nations IEC airlines are used to work for them. Soon he will be one of the flight instructors, mentors and cultural leaders for program participants.

The Pathway program is designed to remove significant barriers that prevent some young Indigenous people who dream of becoming pilots like Mason from pursuing that goal, including cost as well as the need to move far away to receive flight training. Those selected for the program will be able to take flight training offered by MFC Training, the same school Mason attended, at a seasonal base in Thompson.

“We wanted to create an opportunity that overcomes many of the challenges that Indigenous people face when considering a career in aviation,” said EIC Director of Aviation Programs Robin Jacuzzi. “Flight training is expensive, especially if a student has to move away from family and community. Providing fully funded training in the heart of northern Manitoba will allow Pathway members to maintain a strong connection to their home and culture while challenging themselves to gain the skills, confidence and licenses needed to fly professionally. .