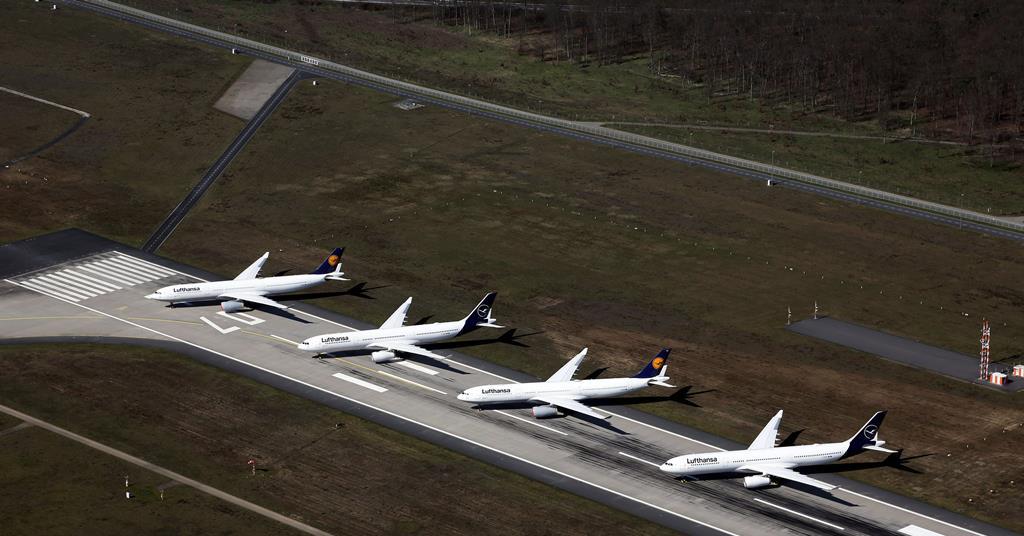 After years of record traffic growth and unprecedented profitability, the airline industry is facing its deepest and most sustained decline in demand as the coronavirus pandemic has brought international travel to a virtual standstill.

IATA predicts airlines will post their biggest collective net loss ever this year, totaling $84.3 billion, and remain in the red in 2021.

The airlines association had previously indicated that global passenger traffic this year would be around half of 2019 levels as travel restrictions brought international passenger services to a virtual standstill in the second quarter.

The projected $84 billion net loss for 2020 would eclipse the $30 billion loss in the financial crisis of 2008 and 2009 and bring a 10-year profit run to an abrupt end. IATA predicted in December that industry profits could reach nearly $30 billion this year.

While IATA expects a strong improvement in passenger demand in 2021, although still below 2019 levels, it still expects a collective loss of 15.8 billion euros next year. .

“We have not released any forecasts beyond 2021,” said IATA chief economist Brian Pearce. But, citing the example of what happened during the financial crisis, he says: “If you follow the trend, 2022 looks like a year of returning to earnings and that would certainly be in line with our longer-term guidance. growing passenger markets.

No region is immune to traffic grounding

Travel and quarantine restrictions put in place by countries amid national lockdowns resulted in the virtual grounding of scheduled international passenger flights during the second quarter.

As a result, IATA expects air travel demand, measured in RPK, to be nearly half this year from 2019 levels. Traffic between European carriers is expected to fall by 55%, while it will be around half of 2019 levels in all other regions except North America. Carrier traffic in the latter is expected to be down 36% from 2019, with the lower rate of reduction reflecting continued activity in the large US domestic market.

These prospects are in line with the projections of the airport organization ACI World. It predicts that the number of passengers worldwide will more than halve this year.

More than half of passenger revenue lost in 2020

In mid-April, IATA predicted $314 billion in collective airline passenger revenue would be wiped out this year, down 55% from 2019 figures.

IATA’s prediction marked a deepening of the expected impact on the industry as the extent of restrictions to deal with the outbreak became clearer.

It was based on projections that traffic would be virtually wiped out outside major domestic markets, such as China and the United States, in the second quarter.

Efforts by airlines to restore services have so far been half-hearted, with most pushing for hopes of a meaningful resumption of air travel in July. This would be in line with IATA’s expectation for some level of recovery in the third quarter, but demand and activity remaining significantly down for the rest of the year.

Demand may not return to pre-crisis levels until 2023

IATA expects an improvement in air travel demand to delay economic recovery for up to two years. Its baseline forecast calls for air traffic demand still down 24% next year from 2019 levels. for next year are 32% lower than its pre-crisis expectations. In this scenario, he does not see passenger traffic returning to 2019 levels until 2023.

But IATA also signaled a more pessimistic view – applicable if there is a slower opening of economies and the lifting of travel restrictions is pushed further into the third quarter. In this scenario, IATA expects traffic to be 34% below 2019 levels – and 41% below its pre-crisis expectations for 2021.

Even in its most positive outlook, IATA still predicts that passenger traffic in 2025 will remain 10% below levels originally envisaged before the crisis.

One of the main reasons airlines have been able to avoid collapse is their ability to access new funding. For some major carriers, this has been done through commercial markets. But for many others, it is government assistance. IATA calculates that more than half of this state aid is in repayable forms, such as loans, guarantees or deferred taxes.

As a result, IATA sees collective debt levels rise by more than a quarter, to around $550 billion by the end of the year. While this has given airlines breathing space to survive the crisis, IATA warns it will weigh heavily on carriers in the recovery phase – especially with the difficult revenue climate expected to follow. This will create more pressure on carriers to generate the cash flow needed to service higher debt levels.

A sharp drop in oil prices accompanied the crisis. The price per barrel of Brent Crude started the year just below the $70 level. Already falling before the crisis, prices fell as the epidemic spread, falling from just under $60 to under $20 in two months, although in May they rose back to the above the $30 mark.

While lower fuel prices provide a welcome reduction in airline operating costs, this benefit is partly offset by the sharp reduction in capacity levels and existing fuel hedges. The latter, particularly evident among European operators, means losses have been taken on some fuel hedges.

The drop in demand for oil is also impacting the economic growth of countries heavily dependent on the sector, particularly in the Middle East, Central Asia, Latin America and Africa.

Governments step in to save airlines

A number of governments have taken steps to provide financial support to their airlines. IATA estimated in late May that governments had provided around $123 billion in financial aid to airlines during the crisis. Most of that – more than $50 billion – is in the form of loans, while about $35 billion is wage subsidies.

But it has been a piecemeal approach, different by region – and by country within that region. While countries like the United States, Singapore and France, for example, have provided packages to support their carriers, others have received little help. IATA points to the relatively limited state aid granted to carriers in Africa, Latin America and the Middle East. Notably, Latin America’s two largest carriers, LATAM Airlines Group and Avianca, were both forced into formal restructuring via US Chapter 11 bankruptcy protection.

The passenger fleet is gradually starting to fly again

Much of the fleet that remained active served domestic markets, repatriation flights, or was redeployed on cargo missions to fill the void created by the loss of capacity in the underbelly of the ground passenger fleet.

While demand has rarely been higher for cargo operators and airlines have been able to redeploy some of their passenger planes on cargo missions, this partly masks that the broader air cargo situation has been difficult.

IATA figures for April show global demand for air cargo is down nearly 28% from the same month last year – the steepest drop on record. But because three-quarters of the belly capacity of passenger planes has been taken off the market by the grounding of the coronavirus, demand has always exceeded supply.

Total capacity was reduced by 42% in April, although there was a 15% increase in dedicated cargo capacity.

“There is a serious shortage of capacity in air cargo. Airlines are deploying as much capacity as possible, including special charter operations and temporary use of passenger cabins for cargo,” said IATA Director General Alexandre de Juniac.