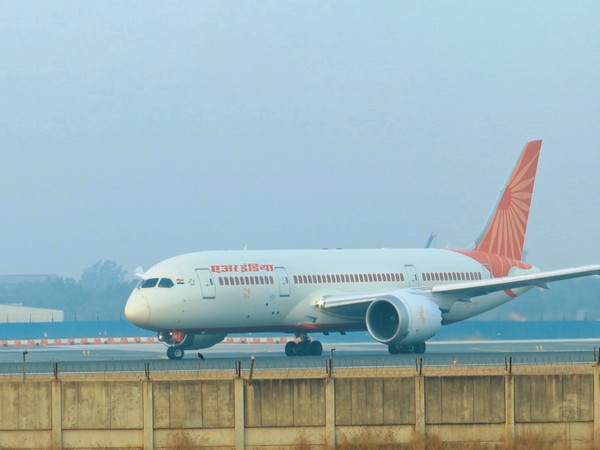 New Delhi [India]Aug 23 (ANI): A steady upward trajectory of India’s aviation sector has paved the way for accelerating competition among the country’s airliners.
Akasa Air, the country’s latest entry into an established and competitive airline industry, has launched commercial operations with its first flight on the Mumbai-Ahmedabad route.
Backed by the late billionaire investor Rakesh Jhunjhunwala, Akasa has a fleet of 72 Boeing jets on order and is expected to directly compete with other budget carriers like Indigo, Spicejet and Go First.
Akasa has launched operations with the aim of connecting India’s metropolitan cities with smaller towns.
Their strategy was created in line with the government’s UDAN regional connectivity program, which was designed to make air travel accessible to ordinary citizens at affordable prices.
Union Civil Aviation Minister Jyotiraditya Scindia recently said: “Over the last five years, we have gone from 2013 to 2014 from almost 6 crore passengers to almost 14.5 crore passengers We predict that by 2027 India will have 40 crore passengers a year This is the kind of phenomenal growth and if this phenomenal growth is to be made possible then it can only be made possible by a number of ‘actors entering the sector’.
Currently, nine scheduled airlines operate in India, the largest being Air India, IndiGo, SpiceJet, Air Asia India, Go First and Vistara.
In a major challenge for existing players, in January this year the Tata Group secured control of state carrier Air India in a $2.4 billion equity and debt deal, ending its years of struggle to try to privatize the financially troubled airline.

Three years after being grounded due to a lack of cash, Jet Airways is also back in business. The airline is expected to resume commercial operations from September.
The Ministry of Civil Aviation, which welcomed this growth and expansion, expects the new competition to generate 100,000 new jobs over the next two years.
Travel restrictions during the coronavirus pandemic had severely affected the industry. With the easing of restrictions, domestic air travel in India has seen a strong recovery, with airlines carrying more than 57 million passengers in the first half of this year, up 238% from last year.
GP Rao, former Managing Director of Air India, said: “India is experiencing a phenomenal renaissance after COVID restrictions, although the industry started very slowly, but it has gained momentum and is in full swing. If you look at the Indian aviation market, it is the fourth after the United States, China and the United Kingdom”.
He added: “Soon we expect India to overtake the UK. Now, thanks to the UDAN program, the airlines have started operating more than 600 routes and, thanks to this, more than 10 million people have benefited from it”.
Observers say the sky is the limit for India’s aviation sector.
The Airports Authority of India, the executing agency, has awarded 948 routes under the Regional Connectivity Scheme – UDAN, out of which 405 routes involving 65 airports were operationalized as of March this year.
With more routes and airports opening, the airline industry is expected to see robust growth.
This brings more investment opportunities for the country, thus also improving the employment potential. This is another rapidly developing story from Brand India. (ANI)