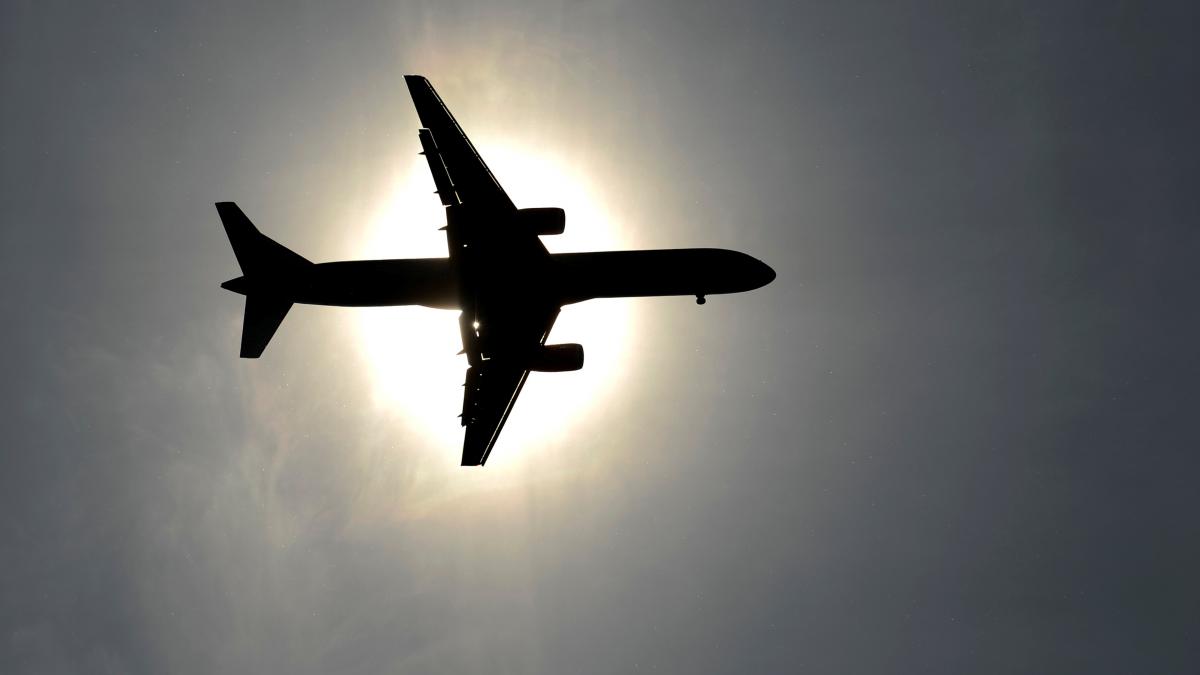 On Monday, airlines braced for a potentially long sanctions war after the EU banned Russian airlines and Moscow pledged to retaliate.

Dozens of flights have been canceled or sent on costly detours as the crisis hit airline stocks.

The rerouting meant Kazakhstan’s airspace saw a tripling of flights to more than 450.

Airline industry executives have said they expect Russia to ban their use of routes through the country after the European Union banned Russian airlines on Sunday as fighting raged in Ukraine.

On Monday, the Kremlin said there would be a response to Western sanctions against Russia’s aviation industry.

“The guiding principle will be reciprocity, and our own interests will come first,” Kremlin spokesman Dmitry Peskov told reporters on a conference call.

Without access to Russian airspace, carriers will have to divert flights south while avoiding areas of tension in the Middle East.

Shares of European airlines and airport operators fell 3-6% at the start of trading, while Finland’s national carrier Finnair cut its forecast and saw its shares fall 23%.

German Lufthansa (LHAG.DE) said 30 flights to Russia would be canceled this week by Lufthansa and its subsidiaries Eurowings and Austrian Airlines, while Latvian AirBaltic said it was extending its suspension of flights to Russia until at the end of May.

Lufthansa said its flights from Europe to Tokyo and Seoul would have to make detours for which the company had obtained the necessary flight rights.

In Asia, Singapore Airlines (SIAL.SI) announced on Monday that it was suspending all services between Singapore and Moscow until further notice for “operational reasons”.

Finnair dropped its forecast for 2022, fearing a significant loss of business as it uses a route across Russian skies from Europe to Asia via its hub in Helsinki.

Korean Air (003490.KS), Japan Airlines (9201.T) and Japanese company ANA Holdings said on Monday that they continue to use Russian airspace but have no plans to add flights to Russia or Europe to replace flights canceled by European carriers.

Demand to Japan and South Korea was weak due to COVID-related travel restrictions.

Swiss airline, also owned by the Lufthansa Group, said it would continue to fly to Russia because Switzerland has not banned Russian airlines.

“Due to the ongoing dramatic developments in the Russian-Ukrainian conflict, Lufthansa will no longer use Russian airspace,” Lufthansa Cargo said.

Global aircraft lessors also said they would have to terminate hundreds of aircraft lease contracts with Russian carriers following EU sanctions that call for those contracts to end by March 28.

Russia’s Aeroflot (AFLT.MM) said on Sunday it would cancel all flights to European destinations after EU foreign policy chief Josep Borrell said the EU had decided to shut down its Russian traffic airspace.

The United States is considering similar action, but has not yet made a final decision, according to US officials.

The US government said on Sunday that citizens should consider leaving Russia on commercial flights immediately, citing a growing number of airlines canceling flights as countries close their airspace to Russia.

Also read: Who is Madhabi Puri Buch, the first woman to head SEBI?