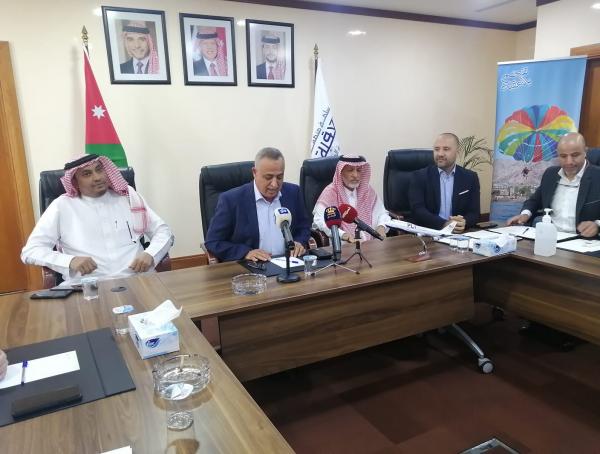 Ammon news – The Aqaba Special Economic Zone Authority (ASEZA) on Sunday signed an agreement for a joint Saudi-Jordanian investment to establish Fly Aqaba, a $ 20 million private airline that will be headquartered in the city of Aqaba, Jordanian news agency Petra reported.

In addition to a route to Amman, ASEZA chief commissioner Nayef Bakheet said the company would operate flights to European, Arab and Gulf countries under the name Fly Aqaba. He revealed that the company had officially registered with ASEZA as a first investment in commercial aviation with stated capital of JD 1 million and working capital of $ 20 million.

Bakheet explained that the company will start flights from King Hussein International Airport, hoping the investment will boost foreign tourism to Aqaba by connecting it to global destinations at competitive prices, according to Petra.

He pointed out that Fly Aqaba Company will operate two planes as a first step to facilitate the arrival of tourists in Jordan in general and in the Golden Triangle region in particular, in addition to operating tourist flights to and from from Aqaba.

In turn, the chairman of the board of directors of Fly Aqaba Nasser Al-Olayani said that this “huge” investment project was the result of joint cooperation between Saudi Arabia and Jordan, for the benefit of both. brother peoples and in support of Jordan’s economy.