Somalia: a country with few roads but a robust airline industry 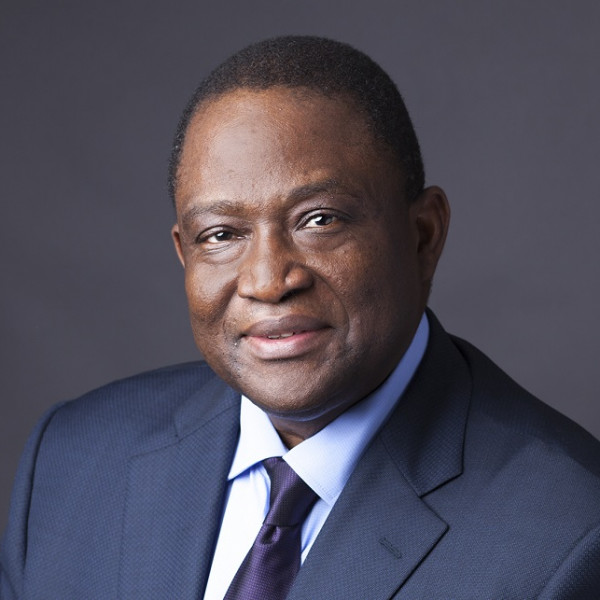 Somalia: A country with few roads but a robust airline industry – INTERVIEW

NAIROBI, Kenya- Somalia is the powerhouse of the Horn of Africa when it comes to untapped reserves of many natural resources including uranium, iron ore, tin, gypsum, bauxite, copper, salt , gold and natural gas.

But despite the decades of civil war that saw the collapse of the government of Mohamed Siad Barre in 1991 plunge the country into a civil war between different clans.

But in the skies of the country, above a landscape torn by civil war, the aeronautical activity turns better. The African Airlines Association [AFRAA] –is a continental aviation body that promotes the interests of African airlines.

Gerro Biko from [GO-Nairobi-based Correspondent] had an exclusive interview with Mr. Abderahmane Berthé, Secretary General, AFRAA at their headquarters in Nairobi.

How can you describe the Somali aviation industry at the time of functional government and now?

When Somalia fell into civil war in 1991, Somali Airlines, the then state-owned airline, fell with it. Somali Airlines had operated B720Bs, B707-300s and A310-300s on a respectable domestic network as well as regional and international routes to the Middle East and Europe.
During the 20 years of civil war, at least 15 private commercial carriers, many of them Somali-owned, came to fill the vacuum created by the collapse of the airline.

Following the establishment of the Federal Government of Somalia in 2012 after the end of the civil war, Somalia re-established the Somaliland Civil Aviation and Airports Authority to provide aviation safety and economic regulation in the satisfaction and benefit of all stakeholders.

The country is progressing towards stability and is classified as a least developed country (LDC) by the UN. ATAG estimates in its 2020 report that in LDCs, air transport contributed 1.8% of all jobs and 1.8% of all GDP in 2018.

Are there investment opportunities in the aviation sector in Somalia?

Aviation provides the only global transportation network, making it essential for global business and tourism. It is vital for facilitating economic growth, especially in developing countries. Air transport has become an engine of economic, social and cultural development and has fundamentally changed the way we travel, interact with others and do business.

Aviation is also essential in transporting food and emergency relief items to those in need in the most remote and difficult places in the world, in the midst of conflict and disaster. Since many of these areas are inaccessible by road – either due to lack of reliable road infrastructure, precarious security situations or extreme conditions – air transport is often the only option.

According to a continental study commissioned by the AUC in 2020, in 2019, Somalia contributed 316,000 passengers per year in traffic within the African Union. There are opportunities in the sector that can be realized through the implementation of the Single African Air Transport Market (SAATM) and the African Continental Free Trade Agreement (AfCFTA).

In terms of GDP per year, aviation in Somalia could contribute US$4.0 million in total incremental economic impact and create a total of 9,110 jobs (direct and indirect) with the implementation of SAATM. AFRAA encourages Somalia to join SAATM.

The sector is dominated by foreign aviation players, what can be done to set up local or even national airlines?

Accelerating aviation sustainability will be achieved if Africa allows the private sector to lead the business side of the business. At the same time, governments are focusing on creating an enabling environment and supporting the industry.

The aviation world can do more by ensuring that all regions have viable and sustainable aviation businesses. Especially in developing countries like Somalia, where connectivity and mobility are limited, expensive and where local airlines cannot maintain operations, there is a need to create an enabling operational environment for airlines. At the same time, governments should prioritize aviation and support the industry with the right laws that ensure market access, access to capital and capacity development.

Safety is one of the biggest challenges facing the aviation industry, what is the way forward to address it?

Africa’s security performance has been impressive in recent years. However, security concerns continue to pose barriers to realizing the high potential traffic growth rates projected for Africa. Due to these concerns, African ministers in charge of aviation adopted the Abuja Aviation Safety Goals in 2012.

Since then, the joint efforts of stakeholders have yielded encouraging results in terms of safety. For three consecutive years (2016, 2017 and 2018), no jet hull loss has occurred on a commercial flight in Africa.

To address public perception on the safety of African operators, aviation stakeholders must continue their coordinated efforts to preserve the commendable performance achieved from 2016 to 2018.

The requirement of a safety oversight rate of 60% Effective Implementation (EI) to participate in the implementation of the Single African Air Transport Market (SAATM) underscores Africa’s commitment to maintain safety as the first aviation priority in the region.

AFRAA believes that African aviation will achieve better safety performance even faster; it requires aviation stakeholders to pursue coordinated efforts in accordance with the five pillars:

What should be done to bring back the glory of the country’s aviation industry?

Air transport drives regional integration and remains essential to support the development of trade and tourism in Africa. A negative perception of safety will have a negative impact on the contributions of air transport to the economic development of the Region. Safety has been continuously improving since 2012 towards Abuja aviation safety targets.

Therefore, AFRAA articulates its safety strategy based on the five pillars towards enhancing the safety of air operations in Africa as mentioned in question 4 above.

Security is a top priority in AFRAA’s strategic objectives. This is one of the reasons AFRAA champions regional security coordination for better skies in Africa.

How can African states develop their own local national aviation industry?

Governments should prioritize aviation as it is a major contributor to economic development. According to ATAG’s 2020 report, air transport in Africa supports 7.7 million jobs and $63 billion in economic activity. This represents 2.2% of all jobs and 2.7% of all GDP in African countries.

States should work closely with airlines and other aviation stakeholders to create an enabling operating environment for aviation by formulating, promoting or implementing policies that support the growth of air transport.

Civil aviation authorities are responsible for maintaining interim minimum safety and security standards as recommended by the International Civil Aviation Organization (ICAO) and in accordance with their national laws.

This will greatly accelerate airline cooperation and collaboration, as all parties (particularly passengers) are assured of uniformity across the continent.

What is your starting shot?

After the end of the civil war, the aviation industry should be considered a priority sector for the economic development of Somalia. A master plan will facilitate the development of air transport. AFRAA has the expertise and tools to offer this type of support through the AFRAA Advisory Unit.

We encourage Somalia to engage in the three (3) AU flagship projects to improve the country’s level of connectivity: the Single African Air Transport Market (SAATM), the African Continental Free Trade Area ( AfCFTA) and the Free Movement Protocol. of people.