The Air Force pilot who fought to desegregate the airline industry 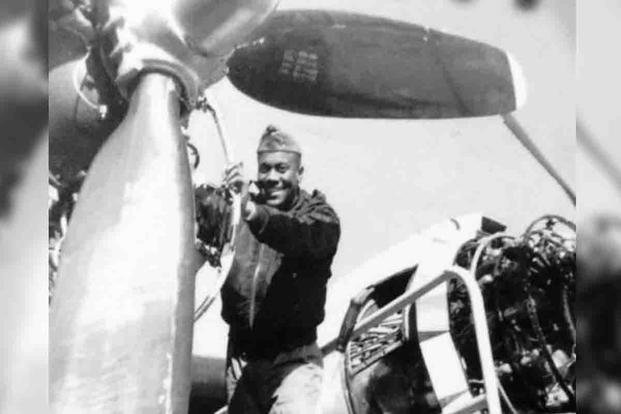 Airlines today cannot recruit enough military pilots. They are recruiting into the military so much, using huge pay raises and a preferential base, that the military is struggling to retain enough pilots in some areas.

When Marlon Green asked to fly for Continental Airlines in 1957, they were thrilled to have him until they learned he was a black pilot. It took six years and a Supreme Court case before he started flying for Continental.

Green was a United States Air Force pilot, who flew B-26 Marauder bombers and SA-16 Albatros seaplanes at Johnson Air Force Base in Japan. At 28, and still flying for the USAF, he learned of a pledge from commercial airlines, which promised not to discriminate against job applicants based on their race.

He decided to go on leave in the United States and apply to become a pilot for Continental Airlines. He had 3,000 flying hours under his belt and was a military-trained pilot. Even then, commercial flying was a much better paycheck for pilots than the military. After nine years in the Air Force, Green was ready for a change.

When he arrived in the United States, he applied for work with every major airline there was, as well as some of the smaller ones. The commitment was worth nothing. The only interview he received was with Continental, and that was only because he left the “race” box blank. He also did not submit a photo, which the company also requested.

Six candidates arrived at Continental Airlines to jockey for four flight positions. Green was the only black man among them, but he was the only one with more than 1,000 flight hours in multi-engine aircraft. When Green wasn’t hired and four less experienced white pilots were, he took action.

Colorado, where Continental was based at the time, had just passed the Colorado Anti-Discrimination Act of 1957, which allowed Green to appeal the hiring decision to a state discrimination commission. . The commission found that Green had been discriminated against and ordered the airline to begin flight training.

Continental fought back and appealed the decision, which was initially overturned by a district court. The Colorado Supreme Court upheld the reversal, so the commission took the case to the Supreme Court.

By then, the dispute, “Colorado Anti-Discrimination Commission v. Continental Airlines, Inc.”, had become less about the specifics of the case, and more about law enforcement and the interpretation of rulings. past. Green had been discriminated against, but did the Colorado commission have the right to do anything about it?

The Supreme Court was “unconvinced”, according to the official ruling. To support its argument, the airline cited cases that did not mention any hiring laws in any state, and the judges said so. The court also held that laws or rulings that authorized discrimination in any way violated the Due Process Clause of the Fifth Amendment and the Due Process and Equal Protection Clauses of the Fourteenth Amendment.

In 1963, the Anti-Discrimination Commission’s decision was upheld, as was its determination that Green had been racially discriminated against by Continental Airlines. He was hired and trained, as the commission ordered, in 1964.

Green began carrying passengers for Continental Airlines in 1965, but was not the first black man to fly for a major commercial airline. While the Colorado Anti-Discrimination Commission was battling in the Supreme Court, David E. Harris was winding down his own career in the Air Force. He was hired by American Airlines in 1964, becoming the first black pilot for a major American airline.

When Harris told American Airlines he was black, the interviewer replied, “‘It’s American Airlines and we don’t care if you’re black, white or chartreuse, we just want to know if you can fly the plane. ? avoiding a long legal battle.

— Blake Stilwell can be reached at [email protected] It can also be found on Twitter @blakestilwell or on Facebook.

Whether you’re considering joining the military, researching post-military careers, or keeping up with military life and benefits, Military.com has you covered. Subscribe to Military.com to receive military news, updates and resources straight to your inbox.

© Copyright 2022 Military.com. All rights reserved. This material may not be published, broadcast, rewritten or redistributed.