The Australian airline industry is joining together to tackle passenger abuse. 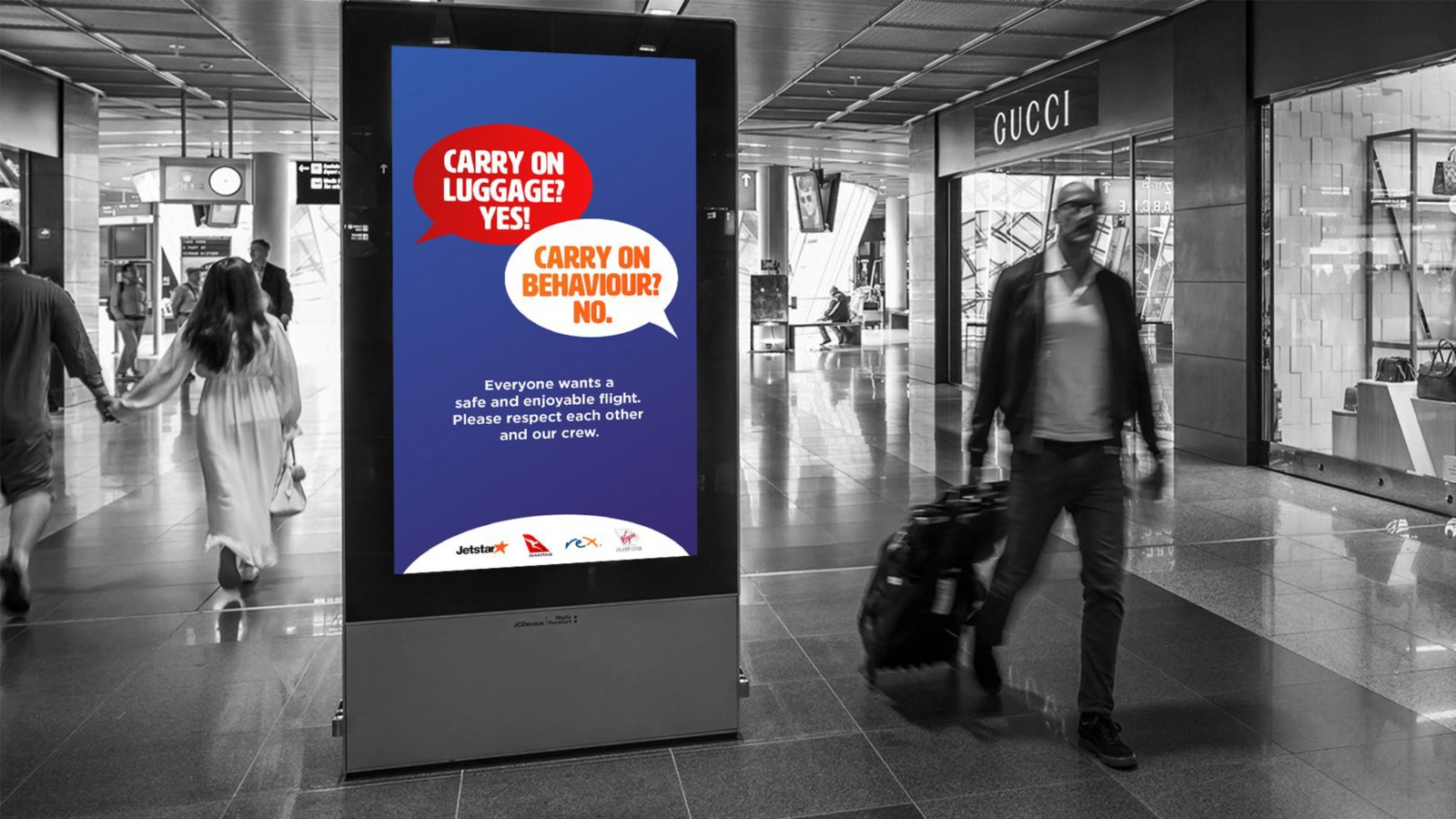 Australian airlines and airports have launched a major campaign to tackle disruptive and abusive behavior towards airline crews, airport staff and other passengers during the pandemic.

Called “No More Carry On”, it calls for patience and preparation as travelers, airline crews and airport teams navigate a return to widespread flying while managing related travel requirements to COVID-19 as a result of COVID-19.

The campaign, backed by the Australian Federal Police (AFP) and the Civil Aviation Safety Authority (CASA), follows an increase in disruptive and abusive behavior towards airline crews, airport staff and other passengers during the pandemic, with hundreds of incidents reported across the airlines in 2021, many of which were triggered by failure to follow mask requirements.

In extreme cases, crew have been threatened and physically assaulted by passengers.

The penalties are severe with a maximum of 10 years in prison for assault and the cost of hijacking the plane if necessary.

In 2018, a Perth court forced a disruptive passenger to pay A$26,000 in diversion costs from a flight to Brisbane that was due to return to Perth.

In 2012, a passenger was fined $120,000 for the cost of hijacking a Sydney-Tokyo flight after the pilots diverted to Cairns.

READ: After Qantas orders Airbus, Boeing must redesign the 737 MAX.

The new awareness campaign plays on the concept that while carry-on bags are welcome, disruptive or abusive ‘carry-on behaviour’ will not be tolerated.

Airports in capitals and regional centers across the country will display digital billboards in all terminals and a powerful video message from the airline’s crew will be shared on social media.

Jetstar, Qantas, Rex and Virgin Australia have also signed a voluntary code of practice on passenger behavior which ensures a consistent approach across aviation in Australia.

Key elements of the code of practice include:

Gareth Evans, Qantas Group Director and Jetstar Group CEO, said: “Over the next few months millions of Australians will be leaving on holiday or to see family and our teams are here to help customers navigate the new travel requirements, such as masks and border declarations, which are now in place across the country.

“While the vast majority of passengers are doing the right thing, unfortunately, like in the hospitality and retail sectors, we have seen an increase in people behaving badly.

“At airports and on board aircraft, critical security procedures must be followed. There is no room for disruptive behavior and we will act quickly to end indiscipline to keep everyone safe.

“AFP has zero tolerance for any dangerous or anti-social behavior and works tirelessly to keep the travel community safe.

“So while you’re heading out for a much-needed break this holiday – please remember – silly season doesn’t extend to behavior at airports.”